in Great Britain. A year earlier he had still been playing in jazz clubs for audiences of 30-40, but now he was on the same bill as the likes of Jimi Hendrix, The Who, Joni Mitchell, and The Doors, playing to a crowd of 600,000.

Excerpts from this concert have been previously released on Isle of Wight compilation albums, and were titled, 'Call it Anythin'' and 'Call it Anything.' With the release in November 2004 of the DVD Miles Electric: A Different Kind of Blue, Miles's entire 38-minute performance at the Isle of Wight is finally available to the public. Acadamy Award winning director Murray Lerner beautifully presents all the power and dynamism of the music, as played by Miles and an all-star band consisting of Keith Jarrett, Chick Corea, Gary Bartz, Dave Holland, Jack DeJohnette, and Airto Moreira. The footage is in glorious full-color detail, featuring a healthy-looking Miles without sunglasses (as can be seen from the screen grabs below), and the sound quality is excellent.

In addition, Lerner also interviews all the above mentioned sidemen, plus Herbie Hancock, Mtume, Pete Cosey, Carlos Santana, Joni Mitchell, and Bob Belden. These interviews form a 45-minute introduction to the concert that clarifies a lot of what goes on musically. They're riveting to watch, as all Miles former sidemen are still visibly moved by the magic of working with Miles. Miles Electric: A Different Kind of Blue is a rare work of true transcendence, for the first time fully capturing the spirit and power of Miles's electric experiments in a visual medium.

(In the DVD-Rom section of the DVD there's also an excellent sessionography by Enrico Merlin, covering the period 1967-1975. It includes all known live performances and gives track listings and brief historical details of many of the performances mentioned.) 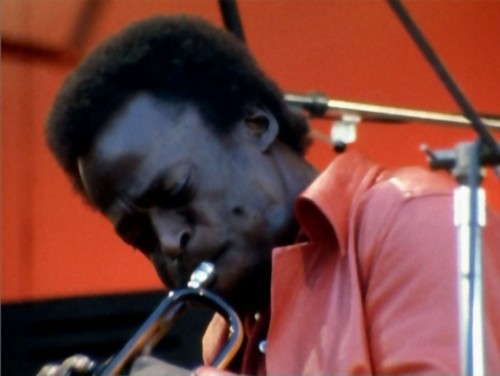 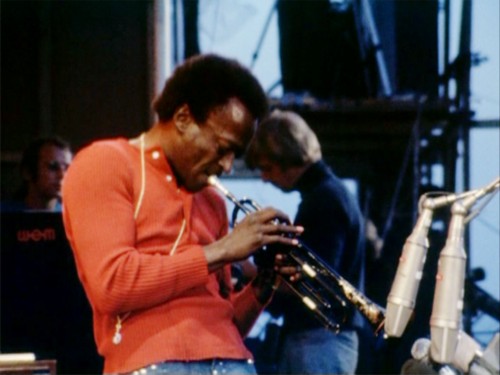 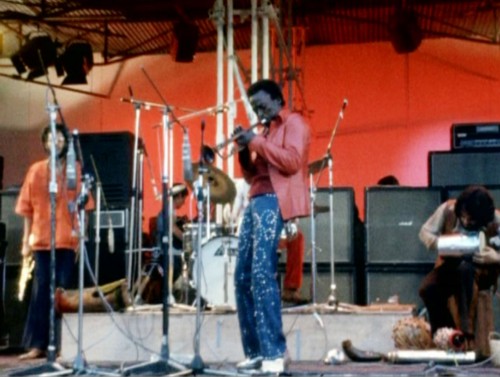